A  zither is a type of musical stringed instrument. The term zither is a German rendering of the Greek work cithara, a word where in the word guitar was also derived. The zithers are played by plucking or strumming the strings using your fingers or with the help of an accessory called a pick. Just like a guitaror lute, the body of a zither has a resonating chamber or a sound box. However, not like lutes and guitars, the zither doesn’t have a neck assembly and its strings can vary from one to up to fifty.

There are several types of zithers all over the world, but the most popular would be the fretted zithers. They are traditionally found in several countries such as Austria, Slovenia, France, Hungary, and north-western Croatia. In this article, we are going to find out more about the different types of fretted zithers that can be found all across the globe. This type of fretted zither is considered to be an old Northern European stringed instrument that is somehow similar to the langeleik in Norway. The hummel zither is a kind of zither that exists in several forms, it has different designs as well as number of strings. However, the common denominator of the hummel zither is that it is always thin. The hummel zither’s strings can vary in number but it typically has a smaller number of melody strings and a greater number of accompanying strings. It has about 17 frets and its body can either be pear-shaped with its strings located in the middle, or a half-pear shape with the strings placed near its edge. This type of fretted zither is believed to have been around since the early 18th century in the region of Vosges in Eastern France. This zither is typically played sitting down and it is put on a table or the lap of the player. The epinette has some separation between the drones and melody strings, that is why they can be played separately to make a beautiful rhythm. The langeleik zither is a Norweigan stringed instrument that is typically played and heard in folk music. This type of zither only has one melody string and it is accompanied by 8 drone strings. The langeleik cannot be easily tuned to other pitches and it cannot play a chromatic scale. Which is why it is commonly accompanied by other musical instrument to create a more complex but harmonious music. This type of fretted zither is aa traditional Icelandic zither that has one melody string and two drone strings. The langspil can be played by hammering, with a bow, or by plucking the strings using your hand. There are two types of langspil zithers, the curved and straight, but both of them are usually 80 CM long. However, a langspill can sometimes be 104 CM big or 73 CM small. It can be made using different types of wood such as fir, pine, birch, beechwood, walnut, or oak. 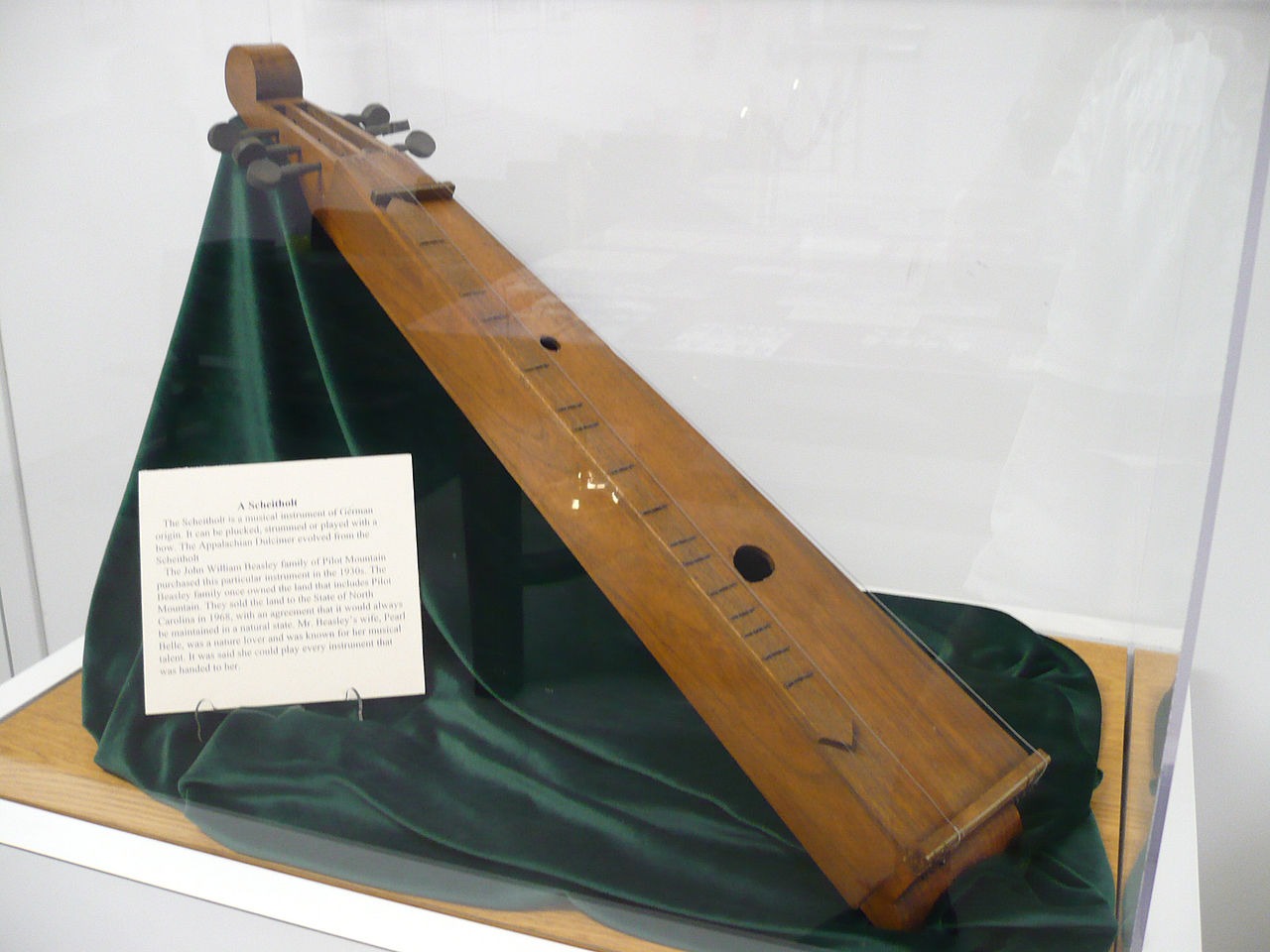 This type of fretted zither is a German stringed instrument that is considered to be the ancestor of the modern zither. The scheitholt zither usually has a wooden soundbox that is about 50 CM long and 5 CM wide. It has a simple headstock with two to three stings. The strings of a schetholt zither is usually made with bras, waxed linen, or animal hairs.

This type of fretted zither has a metal resonating cone located inside its body. This cone receives and acoustically amplifies the string’s vibration. The first known resonator dulcimer was made in 1977 and was released in 1979. Compared to resonator guitars and resonator ukuleles, the resonator dulcimer was never manufactured commercially on a large scale.

This fretted zither was invented in 1914 by a man named Georg Stossel in Cologne, Germany. The Stoessel lute has steel strings that are not fingered by putting your one hand around its neck, instead, it is put over the end of it. This instrument have very short necks and it is considered to be a hybrid between a zither and a necked string instrument.