If you deem that something is familiar with a newly-released song lying from the beats or the piano riff, the thing you might probably be hearing is the sampler. What used to be a tape recorder, in simplistic terms, has evolved through the years as a musical instrument and changed the music industry.

History of the Sampler

Before the emergence of samplers that relied on computer memory, the art of sampling was first used in tape-replay keyboards. The first of its kind is the Chamberlin developed by Harry Chamberlin during the latter part of the 1940s. It featured a piano-style keyboard. Each key is linked to a tape deck, which plays about eight seconds of recorded effects or sound.

The Mellotron, the sampler’s most popular brand, came more than two decades later in the 1960s. It became popular among many pop singers and rock bands who wanted something new in the era.

The sampler featured preset accompaniments and sounds that can be mixed to create new sounds. However, the sampler’s range was quite limited, and relying on tape mechanisms meant changing them from time to time to have different sounds. Plus, it was costly and hefty, given the multiple systems involved.

As technology progressed through time, the sampler also continued to advance. In 1977, the early digital synthesizer Synclavier I was released, followed by the first-ever polyphonic type Fairlight CMI was released. In 1987, E-mu SP-1200 came and served as a percussion sampler, which became a staple among Hip-hop artists. Japanese company Akai entered the picture and started various processing strategies without causing changes in the pitch quality. More modern hybrid digital sampling synthesizers came afterward, such as the Roland U-110, Korg M1, Kawai K series, and Yamaha SY series that made it possible to surpass previous limitations, such as in imitation quality, storage, editing, effects, pitch, and overall production.

What is a Sampler?

A sampler is an electronic musical instrument that takes its actual sound, noises, audio signals, previous recordings from different sources, saves it on a hard drive, and plays it back using a controller to integrate them into new musical creations. The type of sounds recorded can vary from real musical instruments to non-musical ones, such as the sound of rain, animals, car horns, or tapping of feet. A player also can change the pitch, chop the sound, or play it in different sequences to produce a distinct sound. 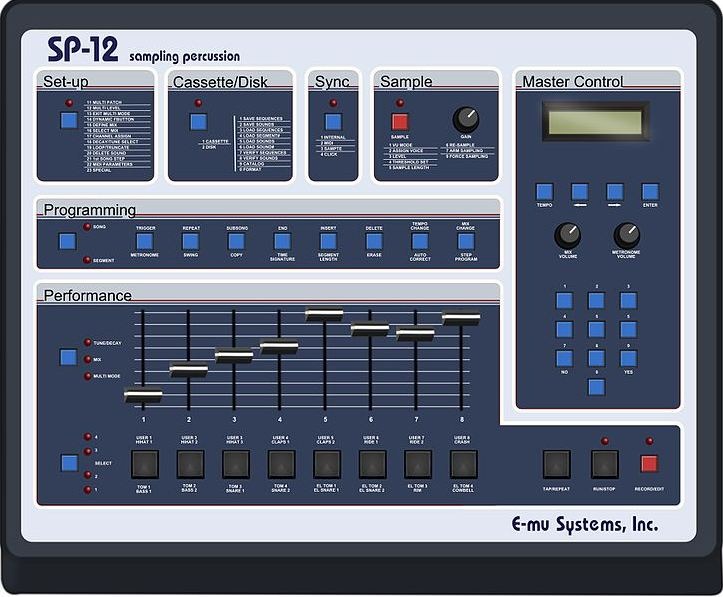 Why are the benefits of using a Sampler?

The sampler brought many benefits to musicians since its invention. As not everyone has ample money, time, and resources to record the sound they need. Using a sampler cuts both the time and effort required to generate different types of sound. Thus, also lessening the production cost.

Given that there are also samples available, any player can quickly create an entire song based on the sounds stored without starting from scratch. Plus, samplers also make it easier to replicate parts of the song, especially for those wanting to achieve a layered sound.

Not only does it work for players as samplers also give listeners a sense of familiarity, which either brings a nostalgic feel or stir a spice of intrigue, but both provide a song with its much-needed attention. Segments from past released songs or even those classic ones were somehow recreated and crawl back to prominence into brand new songs.

Many songs and artists might not have been successful without the sampler’s creation and development. This musical instrument broke limits and made it possible for musicians to improve their musicality. With that, the face of the music industry has also been reshaped forever.

However, the art of sampling is never without any qualms. Others say that using samples from other musicians can be a form of stealing. On the other hand, some people claim that samples are being significantly changed or edited, making them acceptable to be used.

Fortunately, anyone can always ask the sample creator for permission to use their sample or song segments. Moreover, an online marketplace is now available for anyone to buy them legally, giving more income to musicians and artists who rightfully own the samples. Plus, it also serves as an avenue for beginners or lesser-known musicians to produce and sell their sounds.

In the future, more developments are undoubtedly set to happen not only in musical instruments itself but also in the art of sampling, brought by the innovative minds who never cease to step up their craft.