Nose Flute is an instrument that is mostly played in the Pacific Rim and Polynesian countries. This flute has played an essential part in the history of several Austronesian people as well as to their tribes. In fact, the nose flute is considered something special by the indigenous people of Taiwan. In addition to that, it is only in the Taiwanese aboriginal tribe that you will find the unique twin-pipe nose flute.

This instrument is an integral part of the history and culture of several indigenous groups in Taiwan, such as Amis, Rukai, and Pinuyuman. However, it is the Paiwan tribe that has a rekindling interest in this historical instrument. As well as that, the Paiwan tribe on the island boasts several numbers of teachers and students that are playing the nose flute. 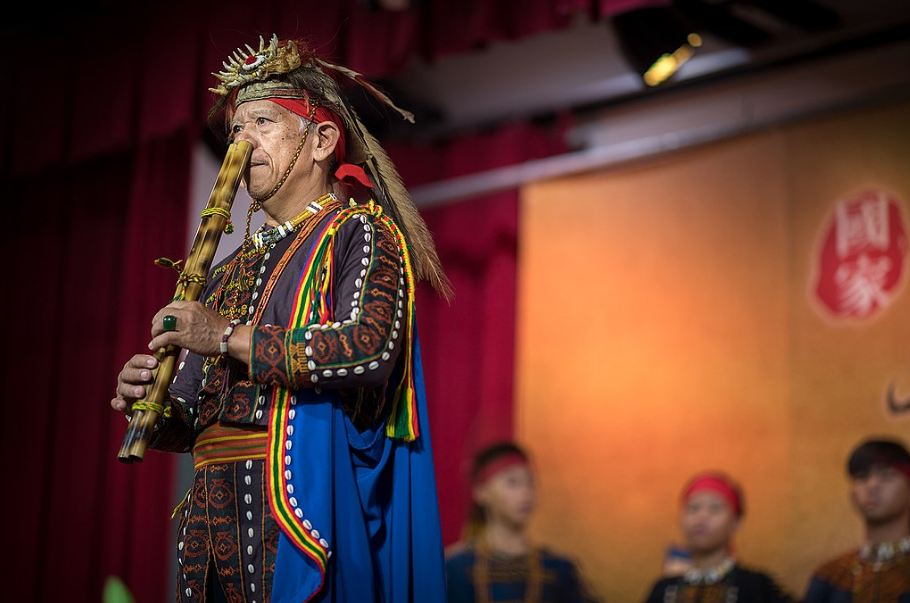 In addition, playing this instrument was a great privilege and honor to noblemen of rank, as well as in great warriors. Consequently, when the tribe’s nobility marry, men would often play their twin-pipe nose flutes as a sign of respect for the newlywed couple. Although the nose flute seems simple to play, it is worth noting that it takes a lot of skills and effort. With much air needed in hitting the right notes, Paiwan people believed that a man who can play a nose flute at old age was incredibly healthy.

Nevertheless, fewer men played the nose flute as time goes by. There was also a danger that its music would be gone forever. Still, the new generation of musicians, like Sauniyaw Tjuveljevelj of the Paiwan community, saw the need to break the initial tradition and allow both men and women to play the instrument. By doing this, women and children of the tribe have managed to preserve the twin-pipe nose flute for future generations.

Meanwhile, in the North Pacific of Hawaiian island, the nose flute is commonly used as a courting instrument. In Hawaii, it is also called ‘hano or nose flute,’ ‘ohe hano ihu or bamboo flute for nose,’ and ‘ohe hanu ihu or bamboo for nose breathe.’  This Hawaiian nose flute is made out of a single bamboo section. According to Arts and Crafts of Hawai’i, the Hawaiian nose flutes have a hole at the nose area and two or three finger holes, which is placed near the breath hole. The length of this instrument ranges from ten to twenty-one inches (250 to 530 millimeters).

In the Philippines, the nose flute is also called ‘pitung ilong,’ ‘tongali,’ among the Kalinga people, or kalalaeng, as it is called by the northern Bontok people. The kaleleng is an instrument that is long and has a narrow internal diameter. With this, the instrument is possible to play various harmonics, even with the rather weak airflow from one nostril. Additionally, this nose flute can be played in a range of two and a half octaves. Its finger holes in the side of the tube are capable of giving various scales. In playing the nose flute, performers plug the other nostril to increase the force of their breath through the flute.